It’s that time of year! Corned beef and cabbage season! If you are wondering what wines go best with this classic Irish meal you are in the right place.

None. Be a man, grab a Guinness.

For my corned beef and cabbage recipe, check out https://barefootbuffalo.com/2013/02/21/corned-beef-and-cabbage-recipe/

This is an amazingly simple recipe for an amazing classic dinner. You just put everything in a crock-pot, go on an adventure, come back, add your cabbage, set the table, crack a beer and enjoy!

This will serve 4-6 people. Don’t quote me on that, it’s hard to tell when it’s so good!

Will it ever end?

Your personal journey has no end. What you think today is the ultimate goal will end up being the next step towards your new one. Always remember not to take life too seriously and to have fun every chance you get. Whether that be sharing a bottle of wine with your significant other while watching old James Bond movies or taking a nice walk in the woods, enjoy it. You only get one chance to have fun here, so make the most of it.

I know this is basic “be happy” crap, but it’s thoughts like this one that are helping me get through this rough patch and back on track.

Thank you for reading this. Comments are always welcome.

When it comes, it comes with a fervor!

Wow! It has been a really long time since I have written here. There is good reason for that. Since my last post I was abruptly, yet kindly, let go from my position at the health insurance company. They gave me 2 months severance pay. They were so nice to give me a summer off! During that time so much changed in my life. I began taking martial arts and also started Olympic Weightlifting.

With all of my new free time, I filled it with bettering myself and finding out who I truly am. The martial arts were a great stress reliever and taught me how to focus my energy more efficiently. After about a month of steady training my friend told me about Olympic Weightlifting and how it would help with my explosiveness in the martial arts. So…it was off to the gym! The goal was to do the lifting to get better at my main activity of MMA. My MMA was Muay Thai, Jeet Kun Do, Kali Eskrima Arnis, Savate and Silate. But after training with my lifting coach I discovered that I was really good at picking up heavy weights and throwing them down. That is when the tide shifted.

Olympic Weightlifting was now my main sport and the martial arts where my GPP (general physical preparedness).  After only a month in the lifting realm I competed in my first competition. The district is small, so I only competed against one other person in my weight class. I did fairly well for someone who was so new to the sport, and I beat the other guy! Okay, it was only by 1 kilogram, but I still won! After that competition my love for the sport took off. I started training with my coach more and worked out harder. So hard, that my martial arts training just fizzled out entirely. Since that first competition in June I have competed in two more, one being the District Championships. I took first place in both.  My goal now is to place in the New York State Championships in April.

I’m not the only one lifting either. Both my fiance and her two brothers lift with me.  Our coach has a few other people who are starting to compete as well. We are all doing so well at the sport that we have just became an official team. Team South Buffalo! You can check out the team website even though it’s still super rough. www.wordpress.com/teamsouthbuffalo

During my two months off of work I also spent a lot of my day looking for a new job. I knew my paid vacation was going to have to end and I didn’t want to get stuck on unemployment. I must have applied to hundreds of positions. In the beginning I was being choosy, but towards the end of that second month I was starting to get a little nervous. That’s when I can upon a position that was similar to what I had been doing. The job posting was through a temp agency that one of my fraternity alumni worked at. After I filed my application I gave him a call to see if he could help me out in any way. He said that he would email a guy and I should be getting a call soon. He was right! About 5 mins after I got off the phone with him I get a call from a recruiter. We did the phone interview right then and he asked if I could come in the next day (Tuesday) for an informal face to face interview. Even though he said it was informal I still wore a nice pair of khakis and my best blue dress shirt. The face to face interview went really well. He said that he would forward my information on to the company and he would contact me in a couple days if they were interested. That next morning he calls me to see if I would be available to go to the company for a formal interview on Monday. Of course I would be available! Monday morning comes and I’m on my way to downtown Buffalo for an interview for a job that I applied for exactly one week prior. I take the elevator up to the 7th floor; my heart pounding the entire ride. When I walk up to the receptionist I almost couldn’t speak. My nerves were on fire. Everything was happening so fast. I felt as if this couldn’t be true. Things shouldn’t go this smoothly. I sign in and the H.R. representative takes me into her office for the first part of the interview. Basically she just went over what the job entailed and how being a temp worked. Then I went into the actual interview. Everything went smoothly. I felt as if I answered all of the questions with things that they wanted to hear. After the interview I was told that they would contact my recruiter if they decided to hire me. I called my recruiter after the interview to let him know how it went and he told me that it would be at least Friday before he heard anything. About 20 mins after that phone call he called me back saying that he was told to go ahead and check out my references. That next day I got a voicemail saying that all of references checked out and he had spoke with the company. On Wednesday I get the best news I had received in a while, I got the job and I was starting Monday! I went from unemployed to completing the hiring process in 2 weeks time.

Your personal legend will always be giving you signs. Sometimes they are very clear, sometimes they are subtle. This time, it was like a hurricane! I was laid off, started a new passion and began to find out who I truly am. And to top it all off I went from being unemployed to completing the hiring process in 2 weeks time. Those were two very hectic months for me, but it was all for the better.

Sometimes when things are going really well you tend to forget that things can still go wrong. About a month ago my dad was diagnosed with bladder cancer. This is common in older men, and he was definitely older (73). He started going to the Roswell Cancer Institute for  consultations and ultimately a surgery. The surgery was supposed to remove the tumor but it had grown so much that they could only scrape out part of it. The tumor had covered 70% of his bladder. Normally the course of action for this would be to remove the bladder all together and he would utilize a colostomy bag, but my dad also had a heart condition that made his heart extremely weak. They advised against the surgery to remove the bladder because they didn’t think his heart was strong enough to handle being under the anesthesia that long. He was release from Roswell to go home and rest up; an appointment was set for February 18th to repeat the tumor scraping procedure. On January 20th he became sick with a fever.  His temperature was up to 105* when he went to the emergency room. They kept him there as long as they could, but with blood pressure was low and he needed a more aggressive treatment that they could only administer in the Intensive Care Unit. Monday morning I called my mom to see how he was doing and she told me that he had a urinary tract infection that went septic. The infection was in his blood and they were doing what they could to get him healthy again. I asked her if I should make the 2 hour drive to be there. She keep telling me that the doctor thinks he would beat this and he would be going home eventually. I could tell in my mom’s voice that she could use me there so I told my supervisor at my new job that I had to leave and I would keep in touch if something went wrong. I get to the hospital around 11:00am. I went right into the I.C.U. and saw my dad. He looked better than I thought he would.  The only problem was that he couldn’t get comfortable. He was more comfortable on his side, but that dropped his blood pressure down significantly. The highest I saw was 72/42 the lowest was 44/20. He wasn’t doing well…When it was just him and me in the room he asked me what time it was. I told him it was around 11:45am, he said that he wouldn’t make it past 12:30.  He was wrong on that one. The doctor had to keep upping his medication because it just wasn’t working. When the doctor came into the I.C.U. room my dad was laying in at 5:30pm I heard the worst thing I have ever heard in my life. The doctor told my dad that his kidneys had shut down and there was nothing they could do to get them working again. Dialysis would only make the other problems he had going on worse. The doctor gave my dad a choice; he could continue treatment and hope that his kidneys start back up or the doctor could make him comfortable. My dad chose comfort. The doctor asked he if knew what he was saying and my dad said “Yes, I’m going to die.” That was hard. Almost as hard as hearing my mom, about 2 hours before, tell my dad that he can be selfish, he could go if he wanted to, he didn’t have to stay around in pain any more. My mom is a strong woman and that tore me up. At 5:45pm my dad made the decision. At 8:00 they stopped the infusion of medication and gave him pain killers. At 8:45pm I watched my father take his final breath.

Life is hard…but you need to keep pressing on. I lost a great mentor in my life, but I’ll never forget all that he taught me. If I can be half the father he was to me, I’ll be the greatest dad in the world.

If you made it this far in the post you are awesome. This was a little all over the place but I wanted to summarize the last 6 months. Keep strong friends. 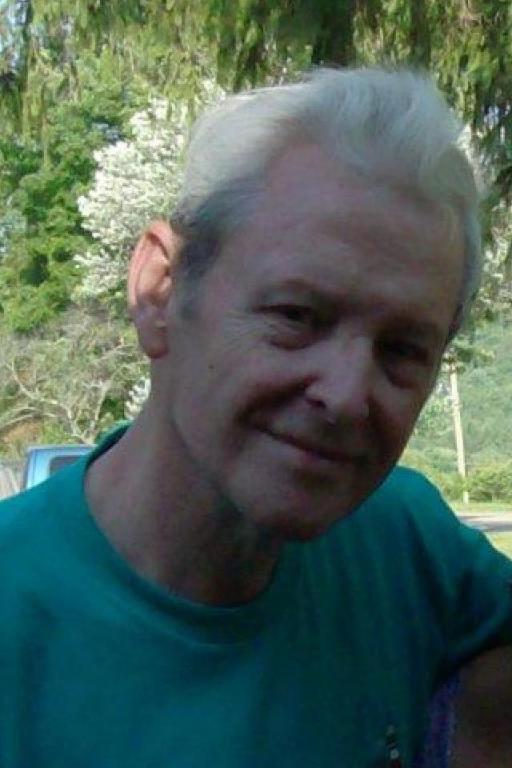